Craig Bounds: Craig was the first Welshman to finish the Dakar in 2009. He has competed at a Championship level in enduro and taken part in 7 6 day enduros and other extreme events around the world. He has a trials background and growing up in the Valleys he knows the mountains like the back of his hand. Craig has had many years coaching both enduro and trials up to an expert level. 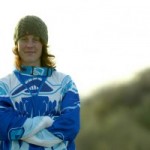 Tamsin Jones: Tamsin finished the Dakar on her first attempt in 2010 she has also twice been the first lady finisher in the Red Bull Romaniacs extreme enduro. She has been on overland trips in Africa, Australia, India and competed in many enduros in the UK and Europe. Tamsin has 15 years experience teaching young people and adults to ride.  Tamsin currently has the ladies record of riding the the highest altitude up Mount Everest.